History of the 'old chalet'

Utopia’s heritage-listed chalet is truly unique as Australia’s only restaurant set at the base of a waterfall – and as far as we know, one of just a handful of restaurants in the world situated beside a natural waterfall.

Our character-filled stone chalet was originally constructed as a tearoom in 1912. Designed by Adelaide-based architect Albert Conrad in the style of a Swiss chalet, the building is now considered Australia’s earliest example of a ‘refreshment room’ set in a national park – and we are proud to continue the restaurant’s 100-year tradition of serving delicious tea and scones! 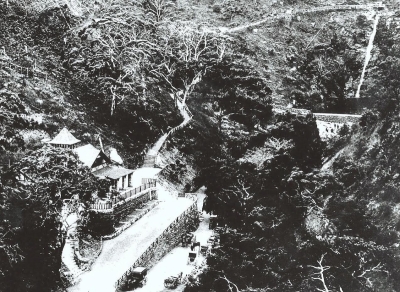 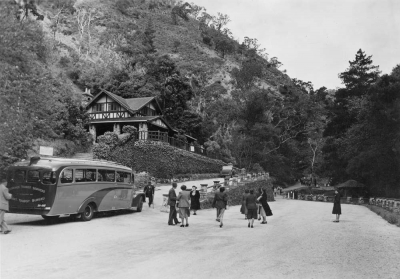 Download the full history of the chalet here, including the amazing story of our resident ghost!

Constructed in 1912, our beautiful heritage-listed building has seen its fair share of change over the past 100 years – and according to local legend, a resident ghost has been sharing the memories too!

In 1926, South Australian Police Foot Constable Tregoweth sadly perished while fighting a bushfire that struck Waterfall Gully. It was reported in local newspapers at the time that he lost his footing on one of the gully’s soaring cliffs, then rolled down a hill – receiving terrible burns and injuries that resulted in his untimely death. Since the early 1930s, there have been ongoing reported sightings of Constable Thomas Tregoweth’s ghost in and around the old chalet, and in the surrounding bushland and walking trails. Witnesses say this ghostly constable is still dressed in his distinctive period police uniform and greatcoat, and many people feel he is still keeping watch over Waterfall Gully.

Since taking over the restaurant in January 2010, our team has experienced quite a few quirky happenings…ranging from mysteriously moving items to clanking keys, footsteps, late-night whistling and a comforting ‘presence’.

A regular occurrence has been the mysterious activation of musical toys belonging to our two sons. We have a nursery and playroom set up for Jackson and Oscar in the old cottage at the rear of the chalet – where toys regularly turn on and sing without any help from us! As a baby and toddler, Jackson was also found regularly chatting and smiling when he was seemingly alone in his Utopia nursery.

Former owners and guests have also shared numerous tales of their own ghostly sightings – most memorable a couple whose car was stopped on the exit to the gully late one night by a gentleman in a greatcoat whose face had no distinguishable features, and who then disappeared silently up into the bushes…

But by all accounts, Utopia’s spooky spectator is very friendly and we are sure he is enjoying seeing so many visitors returning to enjoy his beloved gully. 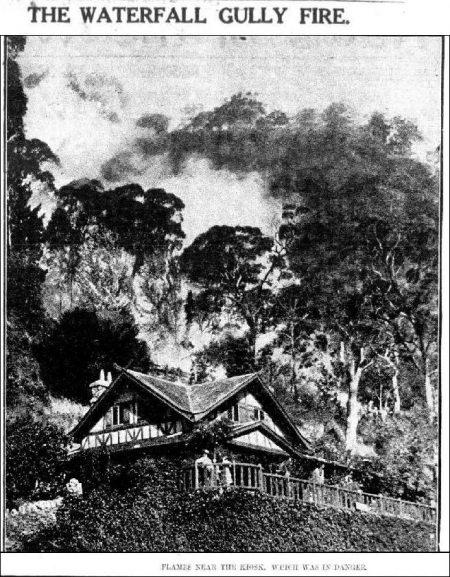